How to Operate in the Supernatural

In order to be caught up in the spirit into the heavenlies; in order to accomplish healing; in order to raise the dead; in order to do high level spiritual warfare; in order to obtain God’s strategies, you’ll have to leave being ordinary behind!

Spiritual Warfare, especially High Level Spiritual Warfare or what we like to call Xtreme Big Game Hunting, is a ministry that only a Spiritual Christian or Eagle Christian should get involved in. It is much more advanced than deliverance, casting out demons or what some call exorcism. When going after evil principalities and powers (Ephesians 6: 12), rather than just devils, evil spirits or demons, you’ll need to deepen your submission and relationship with Father, Jesus and the Holy Spirit. You can’t play around in religion or denominational “church” to operate in the supernatural with God and angels. You need your spiritual senses and spiritual gifts in operation. How can a person do that?

How do you become an Eagle Christian? 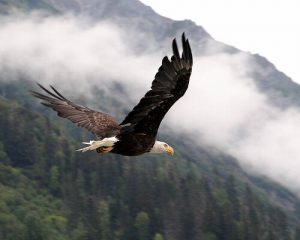 “But those who wait for the Lord (who expect, look for, and hope in Him) shall change and renew their strength and power; they shall lift their wings and mount up close to God as Eagles; they shall run and not be weary, they shall walk and not faint or become tired.”  Isaiah 40:31

Eagles are the “king of birds” and throughout the Bible, God likens Himself and His children to an Eagle.

Eagles are mentioned 34 times in the Bible and are considered an international symbol of strength, stamina, power, majesty, authority, and freedom. You can’t fly as an Eagle unless you stay strong.

If eagles are placed in captivity their entire personality changes… they don’t clean themselves anymore, they lose their aggression; they become lazy; passive; depressed and they begin to eat dead, rotten meat, when normally they only eat fresh meat. 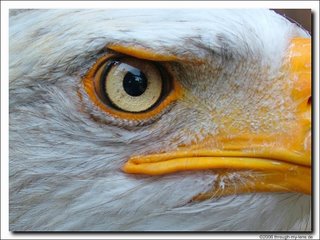 Like the eagle, Eagle Christians don’t operate well in captivity… such as when they are boxed in; controlled or manipulated or stuck in a religious cage. Most Christians are in captivity… captive to what other people think and what others are doing… they are people pleasers, not God pleasers. Some Christians are captive to what other people expect out of them… they live under the domination of man and the world. Many even prefer captivity and subjection to man-made religion.

Paul said, “In this freedom Christ made us free and completely liberated us; stand fast then, and do not be hampered and held ensnared and submit to a yoke of slavery, which you once put off.” Galatians 5:1

We are to be free from legalism; from religion and from man-made doctrines. These are all dead. Then we can move with God to achieve our destiny with Him. To achieve what we were created for.

If you are captive and want to be free to work with God… The Holy Spirit and Way of the Eagle International are waiting to open your cage today.

Learn how in our eTextbook!

What’s the difference between Spiritual Christians who are Eagles and those who are worldly chickens, crows, peacocks, cuckoos, vultures, pelicans, sparrows, or canaries?

The church is full of these worldly people. Eagles don’t hang out with such birds. You can’t get to where God wants you to go with these “birds”.

Let’s examine a few of these “Christian” birds.

The most often found “Christians” are chickens.

They are fat and lazy; scratch around with their heads down; seldom flying; living in fear; feeling safe in groups and running in panic to shelter whenever their world is threatened. Never leading. Low self-esteem. Limited desire to achieve. A worldly bird.

Vulture and buzzard “Christians” eat anything that is dead… others choose their diet. They feed on the dead doctrines and dead religions of man and of devils. They feed on gossip, slander, back-stabbing and negativity. When they hear that someone has a problem or fallen into sin, they circle around from person to person spreading gossip; telling the tale and waiting for the fallen to die. Gossip is dead… negative talk is dead. The Bible says that we are to restore the fallen. Vulture Christians are dangerous in the Body of Christ.

One of the most cunning and dangerous birds in the kingdom of God is the “Christian” crow, which pesters the Eagle Christian. The way that the eagle bird handles the pesky crow, is to just simply mount up… flying higher and higher and higher until they reach an altitude where the pest cannot breathe, and so the crow falls away from lack of oxygen. The “Christian” crow thinks only of themselves and enjoys ripping up and destroying those who operate in the supernatural (people, leaders, and churches). Get such people away from you.

There are also “Christians” who are sparrows (flitting from one group to another, never satisfied; accomplishing nothing worthwhile); or canaries (Christians with potential, but content to willingly remain caged); or pelicans (looks to fill their desires instead of others); or strutting peacocks (this bird is usually a leader who is very popular with the other birds (except Eagles) as they are good talkers; showy; worldly; in love with themselves; desires mammon; are prideful); or parrots (super-religious; does little else but mimic what they have heard from others); or cuckoos (sponges off of others looking for freebies).

You cannot stay strong to fly as an Eagle Christian if you are going to spend your time with chickens, vultures, crows, sparrows, pelicans, canaries, peacocks, parrots and peacocks.

Do you find yourself in any of these categories?

Most birds fly in flocks, but eagles usually fly alone or in pairs, but only with other eagles. Eagle Christians are very careful about who they fellowship with, as not all relationships are healthy ones.

We have the ability to make ourselves happy, or we can make ourselves miserable by what we think and what we say and by what we do. Be as careful with how you move through life and who you fly with, as the eagle is with theirs.

The eagle only reaches its full potential by how it handles the adversity that comes its way.

The eagle loves adversity and they have absolutely no fear at all.

When the Eagle sees the storm they don’t think survive, they think overcome.

Eagles are destined to be overcomers.

Adversity in life makes us stronger!

Ask the Holy Spirit to fill you; teach you; comfort you; guide you; give you His gifts; strengthen you to be an overcomer.

The Eagle deals with The Storm and the Serpent

Two things that an eagle has to learn to deal with are the storm and the serpent. The eagle handles both in two different ways. They embrace the storm in life, but they fight the serpent.

For example, Joseph when he was sold into slavery, was brought into Potiphar’s house and later put into prison for something he never did. He embraced the circumstance where he was: he resisted bitterness; resentment; jealousy; unforgiveness; hatred of his brothers and rebellion. He rose above the storm.

When the enemy attacks us through relatives, friends, job, finances, false leaders, negative thoughts, traumas, war, crime, persecution and other circumstances, we need to destroy the spiritual enemy (serpent) that is behind these activities. This can only effectively be done with God’s strategy in High Level Spiritual Warfare.

“Though the fig tree does not blossom and there is no fruit on the vines, though the product of the olive fails and the field yield no food, though the flock is cut off from the fold and there are no cattle in the stalls, Yet I will rejoice in the Lord; I will exalt in the victorious God of my salvation. The lord is my Strength and my personal bravery, and my invincible army; He makes my feet like hinds’ feet and will make me to walk not to stand still in terror, but to walk and make spiritual progress upon my high places of trouble, suffering and responsibility!” Habakkuk 3:17-19

Go where Eagles go… Christian Eagles live on The Rock

So many people never reach their full potential or destiny with God, because they don’t get a real revelation of what they can be in Christ Jesus. They move and operate in the flesh, when they decide, in their own will, running their church and ministry businesses… attending their religious social clubs… flapping their wings in any and every direction. All perhaps meaning well and looking pretty like a peacock, but such birds are not following God’s will. Jesus only did the will of His Father, never His own will. Avoid self-determination; self-righteousness; and self-idolization. Don’t fly with the wrong birds in the wrong direction from God.

It is obvious to see why God likens Himself and His spiritual children to the mighty eagle.

Way of the Eagle International is teaching people around the world how to fly with God!

Are you ready to leave the Ordinary Behind?

Be a Part of the Action!